On the event of the first ever International Day of Yoga, I want to share my journey from being an Advertising wizard to a Yogini and back. This World Yoga Day, let’s oath to bring yoga back to our lives, back to our culture and preserve it as it deserves to be.

It always seems impossible until its done. – Nelson Mandela

Hindu spiritual and ascetic discipline, a part of which, including breath control, simple meditation, and the adoption of specific bodily postures, is widely practiced for health and relaxation.

One day, I decided that I want to be a yoga teacher. But why a yoga teacher? I knew basic Yoga and I wanted to learn more. Being a nomad at heart, I wanted to earn while I travel. So I thought, why learn yoga just for myself? Why not learn to teach? That ways I can teach and travel!

So I ended up in the Yoga Capital of the world – Rishikesh. What better place can there be to learn Yoga. I desperately started ransacking the internet to find a good yoga center/yoga school in Rishikesh.

I learnt that most of the Yoga centers/yoga retreats in Rishikesh are not registered. I finally applied to Yoga Chakra, a Yoga Alliance International (YAI) affiliated school for yoga teachers training which has worldwide recognition. Being the only Indian student he ever had, he gave me a special rate for the training. I enrolled myself for RYT200 which is 200 hours of intensive training. My course was a month and a half long, which was eventually extended to two months. Everyday seven hours of training, six days a week. (5 hours of Yoga and 2 hours of Theory, Meditation & Pranayama) 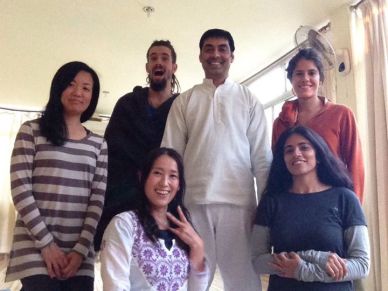 Nanoko got her certificate of RYS-500. 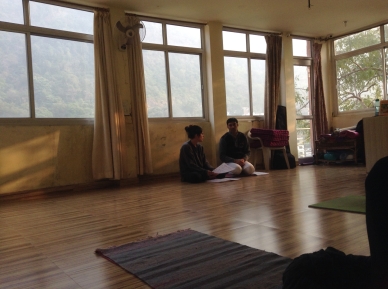 Initially it seemed impossible for me to get any yoga poses correct, but my teacher Yogi Om ji, kept motivating me. I also had to do extra 3 rounds of Surya Namaskara everyday unlike others who just had to do 6. Surya Namaskara helps in boosting stamina, strengthening the body and natural body posture. This was not Yoga for beginners and I had to put an extra effort to catch up with the rest of the class. Two weeks later, I could do most of the Yoga Asanas while perfecting the other Asanas. I was able to do a headstand (shirshasana) by then!

In my time there I realised that almost 99% of people in my class and other yoga classes are foreigners; which made me wonder, why aren’t Indians keen to learn yoga? Why is it dying from our culture? Why is it so popular in the rest of the world? I remember that it was a part of the school curriculum for our previous generations. 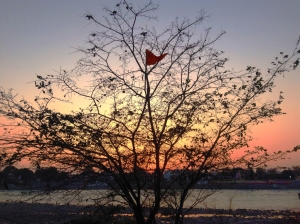 My father, mother, uncles, aunts, grandparents, learnt yoga in their schools! The westerners apart from yoga are learning our Scriptures, Vedas, Sanskrit language, Classical Music, Bhagvad Gita, Sitar, Harmonium, Bhajans and Mantras etc. Something that I never had an interest in. I wonder, why? I realised that I don’t have any knowledge about the roots of my own culture. I don’t have anything to teach to my future generation. That after my parents’ generation, all that knowledge and wisdom is going to be extinct. It saddened me.

I made a few good friends there, most of them were from the yoga class and the rest came along. When you stay at a place for that long, you start identifying travelers who are like you. You cross paths with them everyday, at yoga classes, cafes, playing music, or just strolling down the road. My dearest among all were Amarjit – a Kundalini Yoga teacher and the wisest man I’ve ever met, Claudia – my friend from yoga class and Alex – a professional didgeridoo & sitar player and a masseur. I learnt a lot from them. Amarjit’s wisdom, Claudia’s determination and Alex’s warmth have changed me and my perspective towards life and people in a lot of good ways, making me a better person.

Claudia preparing notes for the test 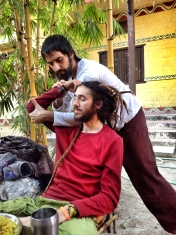 Alex working his magic on Monet.

Spreading his good vibrations on the banks. 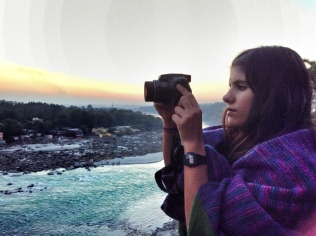 One of the few places to witness Sunset.

By the beginning of January, my training was complete but I continued going to class. I got my certificate along with the others after a final test and a few classes (where I taught Yoga). I felt so proud of myself. I was literally ticking things off my bucket list. Om ji’s one of the most knowledgeable men I’ve met in a very long time and the humble man that he is, he was very happy for me. Please do visit his centre those who’re willing to learn Yoga the right way.

We did it! We are all certified Yoga instructors now!!

I felt good about my life in Rishikesh. It felt like home. It felt like I had an extended family and a purpose there. Life felt a lot more meaningful there. I wanted to build a life for myself there. As the time to go back was approaching, melancholy was in the air. But then I realised I didn’t want to leave in sadness. My time there, was full of good vibrations that should accompany me back to where I came from. I learnt amazing lessons, made wonderful memories and even greater friends and that’s all that I needed 🙂

View from the German Bakery at Laxman Jhula 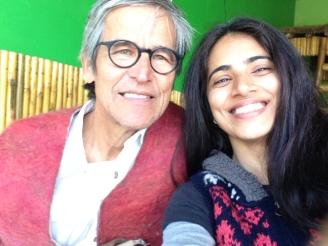 Hernando & I, so many pen drives we exchanged on the road for music..

A sage singing bhajans by the bank 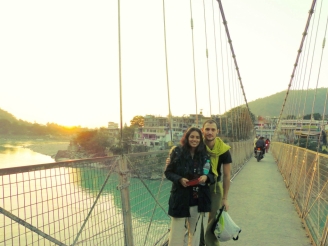 Tao & I. He left for a Vipassana course in Hoshiarpur 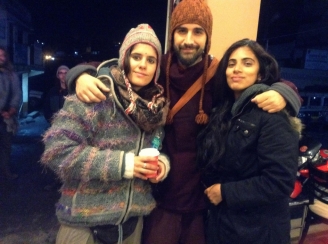 A rare sight when there’s no one on Laxman Jhula. 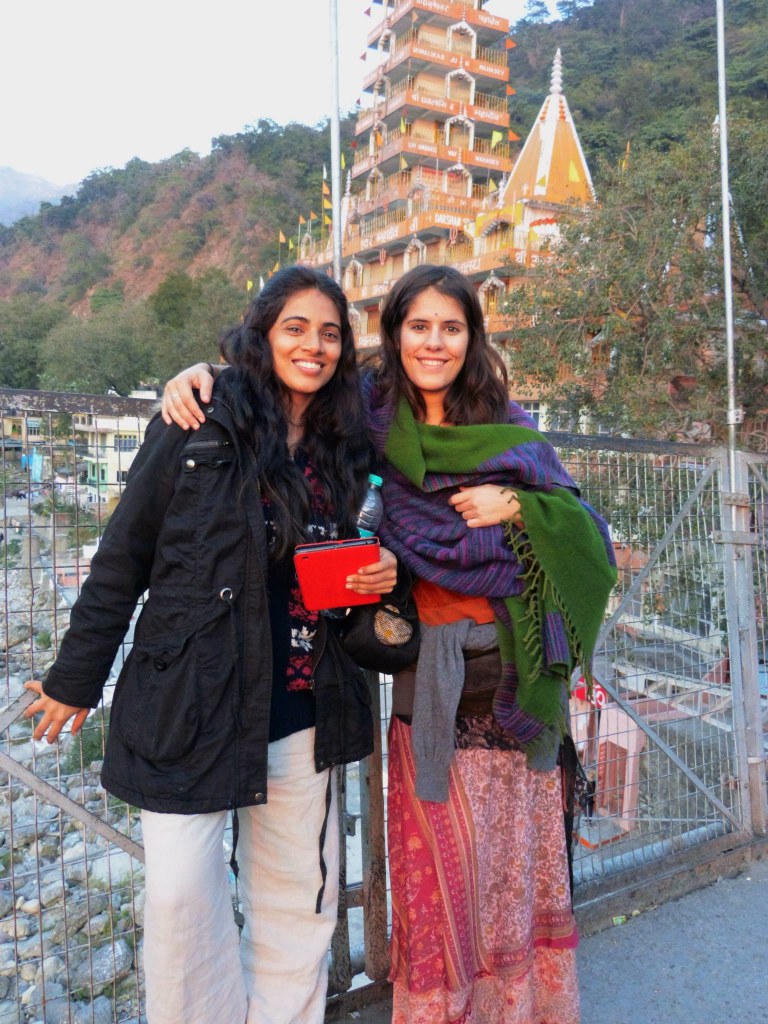 My farewell lunch, The Last Supper

And then came my last day at this mystical, enchanting, spiritual place called Rishikesh.. I called it home & still do…

Me and my Inspiration

And there’s everybody else who I’m gonna miss.