Well, who says you can’t surf in India.
Our beloved motherland is a paradise gifted with more than 7000 Kms of coastline.
Oh Yeah!!
Within these 7000 Kms (4000+ miles) there are more than 20 identified surf spots – some well known and while the others, lesser known.
Over the years, many Surfing schools have come up along the Indian coastline. Most of them provide really good training and also provide accommodation and other activities such as SUP, Kite surfing, Yoga, Jungle camps etc.

Scroll to the end of the article to find out about the surfing schools/retreats to find your own Indian Surf Story.

This year, I feel privileged to be able to attend India’s biggest and only Surf festival – The India Surf Festival – 2016

Here’s what the waves have in store this year.

The festival is first of its kind in India and this year, it aims at bringing together more than 60 surfers and 2000 visitors from around the world. There are going to be learning sessions and workshops for all camping residents and visitors, including Surf lessons, Yoga on water, SUP and Skateboarding!

A celebration of the surf culture, art, music, culture, yoga etc with the community is what this festival’s about. The most appropriate description as to what is ISF, “A melting pot of ideas and creativity, utilizing Art, Music and Ocean Adventure to promote and encourage the use of self-sustainable and eco-friendly ways of living on a beach.” 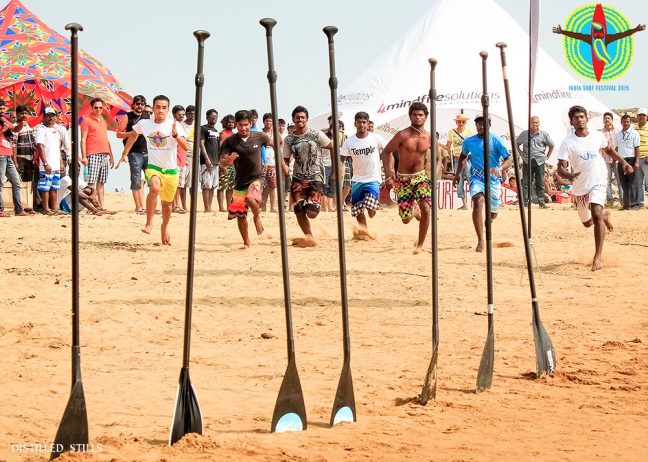 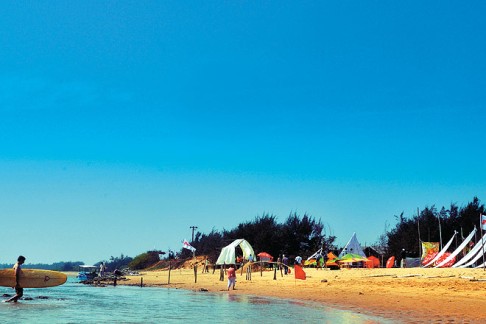 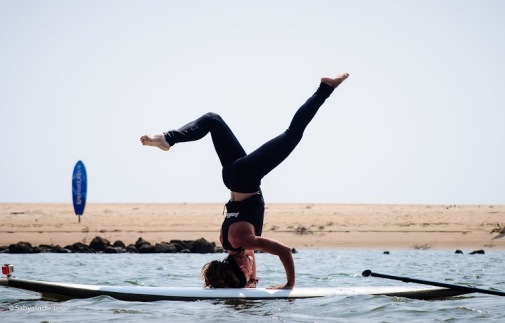 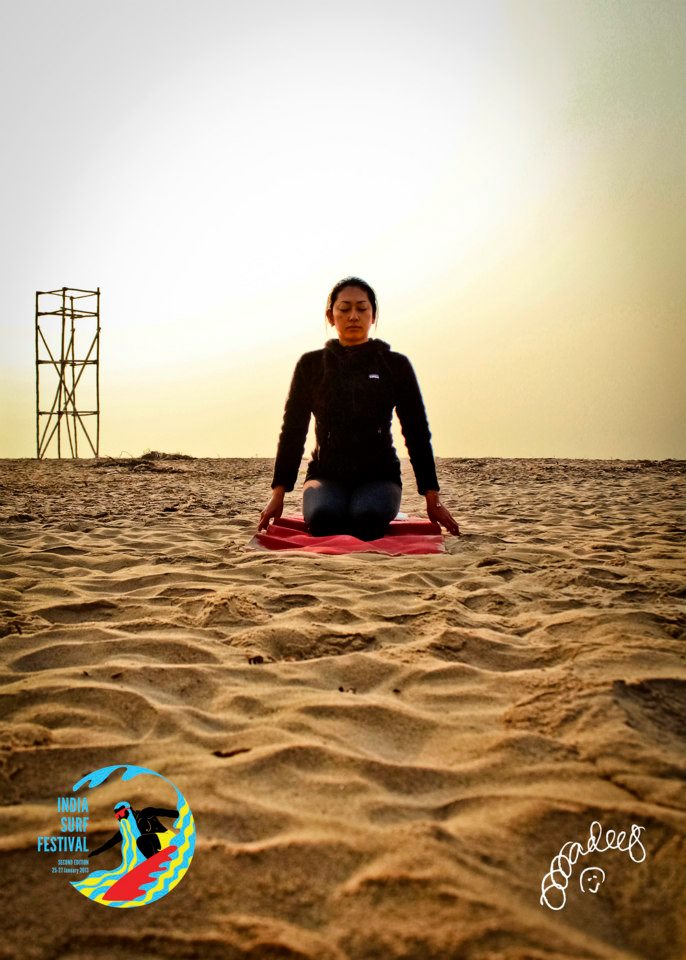 For me, it all started in Bali when I witnessed surfing for the first time at Uluwatu beach, Like mighty men, they rode the furious waves with so much agility, precision and swiftness. It was almost unreal and made me swear that someday I’ll too hit the waves with my board. I would’ve picked it up there itself but Uluwatu is a place for the ones who are already committed to the ocean. Back in Kuta beach, where the surf is suitable for people like me, I saw a lot of people offering lessons but found them drunk & unprofessional. The Rip Curl School of Surf offered one week training by certified professionals. Bali hosts a lot of surfing competitions throughout the year. So, I would say came back from Indonesia with a yearning to be back in the water with a surfboard, someday! A year later, my brother moved to Manipal, while visiting him, I found the surfing duo – Ishita Malviya and Tushar Pathiyan. They were the first Indian surfers that I had heard about.

I planned a trip to Manipal to meet these two and take my first surf lessons. My first surf experience was in Kodi Bengre in Udipi. My first experience with the surfboard, a face off with the waves at Shaka Surf Club, a terrific experience! Even though I stood up just once, for what seemed like less than 5 seconds, it was one hell of a feeling. Tushar is an incredible surfer and an even better teacher. He told me about Surfing Swami aka Jack Hebner & Rick Perry who started the first surf school – Ashram Surf & Yoga Retreat (now Mantra Surf Club) in Mulki, Mangalore in the year 2004. They are now pioneers of the Indian surf scene.

A chance of a re-encounter with the sea at Soul n Surf in Varkala, Kerala, didn’t yield, the weather didn’t permit surfing for amateurs. Meeting people with boards though did ensure surfing still exists on my list. Varkala is a magical little place. For the people who associate surfing more with a spiritual aspect, this is the place to surf for them.

And here I have an opportunity to do so, for real and that too in Puri- The hub of the Indian surfing scene. I get be a part of India’s biggest and only Surf festival – INDIA SURFING FESTIVAL

I am really looking forward to meet the Indian surfing legends especially Jack Hebner, Ishita Malviya, Mukesh Panjanathan & Rahul Malaney and learn a thing or two from them.

Join me at ISF.

And here is the after movie from last year

12 places where you can learn to surf in india.

Watch this little Surf film directed by our very own Tushar and Ishita. Rising Tide is the first Surf Film on India. It showcases our very own local surfers along the various coasts of India. It’s a film about how it all started for them, without any knowledge, any equipment, any expert training or guidance. How surfing has became a part of their existence!

That’s all for now.
I will be off to Puri from tomorrow and will be covering the festival of waves from there.
Follow my ‘Surf’ari…

And I will come back soon with more stories from the event.
Aloha!