The Happiest Country in the World

Most nations measure their success in GNP (Gross national product), Bhutan does the same by measuring their GNH (Gross national HAPPINESS). No kidding.  I read about it before I went to Bhutan and I was surprised to realize that Bhutan’s claim to be the “happiest country in the world” is rather true. Everybody I met or saw there had one thing in common – a smiling face. The more and more hours spent in Bhutan, you can feel the happiness factor everywhere, it’s in the breeze, it’s on the streets. Bhutanese people take so much pride in this fact that every single person you meet there, will confirm this proudly. The level of respect and love they have for their king and the royal family is extraordinary.

I have never seen people having so much love and trust for any leader for this long time – the current and for the kings before him. The focus of the royal kingdom is to provide its people with world standard education, great medical care, food, employment and spiritual wellness. No Bhutanese is ever deprived of any of these. The king has been spotted riding his bicycle often. He frequently visits his people in their homes. If someone has had a personal tragedy or an accident, it’s very common for the king to make his presence. I have heard stories where a farmer’s house was burnt down in an accident and the king provided him with ration, few acres of land and some money to start all over again. Isn’t that marvelous? It’s a clean, free and happy country.

On our arrival, we got to know that it was the former king’s (King’s father) birthday in a few days and he has declared a three-day public holiday so that the people can celebrate. Great. But that meant, that no permits for us to travel since the immigration office will be closed for three+two days (public holiday and weekend). Hmmm. 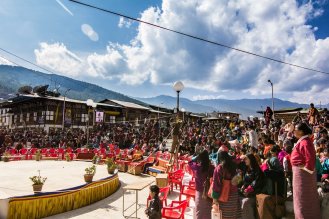 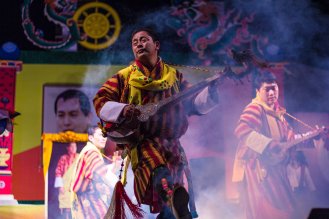 We planned to stay in Thimpu and visit Paro within this time. Thimpu’s streets were flooding with people dancing, singing, celebrating the birthday of their former king. The main roads were closed for the automobiles and only pedestrians were allowed. The royal celebrations were to take place in a stadium with the royal family. Thimpu Dzong is beautiful. It’s amazing how Bhutan has managed to retain their thousands of years old architecture even in the modern buildings.

We met a friend who took us to all the local places in Thimpu. This friend, Nordon is the brother-in-law of our very dear friend Akhumenla. He has been such a kind host to us and met us almost every day. Helped us in every which way.

On the day of my birthday, we were already booked in a beautiful riverside resort that was a gift from Norden to us. Also, we trekked to the Tiger monastery. it was a warm sunny day for a trek with beautiful skies. 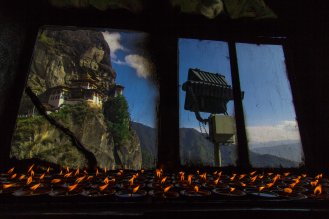 Paro is rather a very cold place, almost as cold as Thimpu and must be quite scenic in the winters as well.

Punakha is a countryside village, with a beautiful Dzong in the town’s center. The Dzong becomes the winter office for the royal officials since Punakha’s weather is quite warm even during winters. There is a confluence of Mo Chhu (Mother River) and Pho Chhu (Father River) where we went river rafting. If you want a more fierce river, you must pick the Father river, whereas for a gentler raft Mother river is amazing. Anyway, there’s a lot of rapids at the confluence for both. 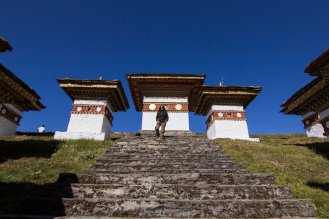 Bhutan is a mountainous region, traveling from one place to another takes a huge deal of time. Proper prior planning is a must. The places we covered are part of the western Bhutan region. There are so many places left to explore in West itself, that it’s not possible to even think about Eastern region. One important thing to do is to book your hotels well in advance. They are usually full. 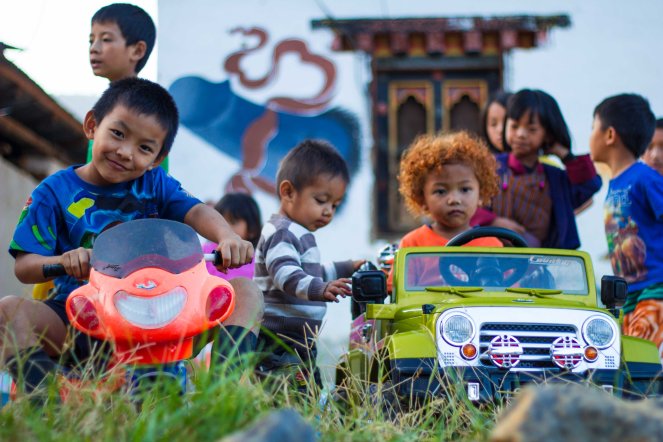 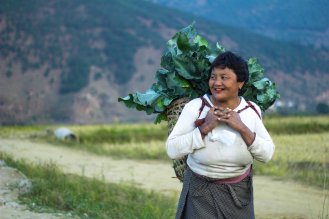 We Indians are lucky to be able to travel in Bhutan so freely. For foreigners, Bhutan is a very expensive country. Bhutan tourism is very well managed and there’s a cap on the maximum number of tourists per season. The tourism council of Bhutan has a policy of “High Value. Low Impact”. Hence, foreign nationals cannot come to Bhutan on a backpacking trip. They have to buy a package through a Bhutanese travel agent which includes your stay, guide, food, transport, etc. and that costs a lot of money. This is why in Bhutan you will mostly see serious leisure travelers or serious adventurous (who come for scaling Himalayas and biking through the mountainous picturesque roads).

So wait not, experience the happiness for yourself. Visit Bhutan. 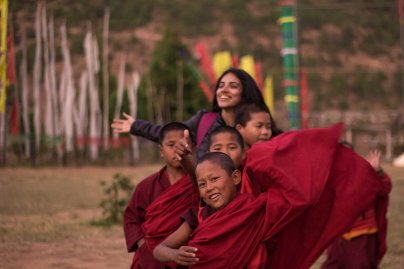 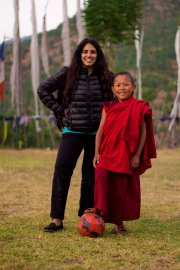 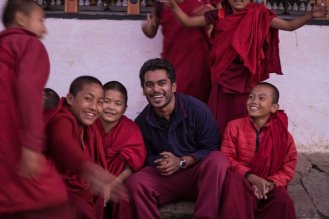